Bucharest, 15.03.202: Agra Asigurări expands its portfolio offer with a new specialized product for ensuring sugar beet crops. Starting from 2021, the Universal Sugar Beet covers the quantitative and yield losses of plants, produced by strong winds, hail, frost, torrential rains through damage caused by washing the soil or crust, including the damage caused by specific crop pests. The insurance policy is eligible for the Sub-Measure 17.1 program, and the farmers can recover from AFIR up to 70% of the eligible cost.

Universal Sugar Beet is complex insurance, meant to support Romanian farmers that fight against the multiple risks that can affect their sugar beet crops.

Sugar beet crops require special attention from producers, from planting to harvesting, throughout the spring-autumn agricultural season. Given the long cultivation time and the frequent weather changes during this period, sugar beet can be considered one of the most sensitive crops, and the risks that are borne by producers are significant. Agra Asigurări aims to meet the needs of Romanian producers, through a simple and non-bureaucratic process.

“This insurance product is unique on the Romanian market as it ensures one of the important national crops against a complex number of risks, and the novelty is brought by the fact that we also cover the damages caused by specific pests. We want to be close to farmers and support them to protect their crops and work”, stated Adrian-Horia Lupu, General Director of Agra Asigurări România.

According to a report made by MADR and the National Institute of Statistics, sugar beet is cultivated in Romania on an area of ​​over 22 thousand hectares. Total production has shown a declining trend in recent years due to climate change and imports, and this highlights the need to support Romanian farmers who grow sugar beet. Representative geographical areas for this culture are the counties of Mureș, Alba, Sibiu, Cluj, Hunedoara, Iași, Neamț, Vaslui and Brăila, around the two sugar factories from Luduș and Roman.

In the case of the culture’s damage, farmers compensated up to 7,000 lei. Moreover, they can increase the compensation from 10% by up to 50% of the amount insured initially, from 10 to 10 percentage points.

The damage assessment model adopted by Agra Asigurări is simple, to shorten the time from the approval of a claim until the insured receives his money in the account.

The payback is paid within a maximum of 30 days from the signing of the damage protocol.

The uniqueness of the product in the current agricultural insurance market is that the compensation is also applicable for the damage resulting from the attack of crop-specific pests on emerging plants.

Since the opening of the local branch in Romania in 2016, drought risk insurance is now available for Romanian farmers, along with standard coverings for hail, fire, storm, torrential rain, and frost. 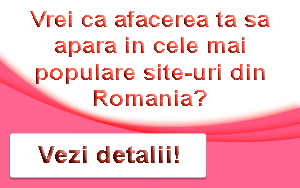